A new Mesonet.org is coming soon!
Try the Preview

The Oklahoma Mesonet performs scientific research on a variety of topics.

The Campbell Scientific 229-L soil matric potential sensor (see image) is about the size of a AA battery and is comprised of a small needle containing a thermocouple and heating element encased in a ceramic casing. It works by taking an initial temperature measurement, applying a small heat pulse, waiting 21 seconds, and taking a second temperature reading. By measuring how much heat has dissipated (e.g., the temperature difference), the amount of soil moisture can be determined as more moist soils “trap” the heat more than drier soils. Through a series of experiments, researchers at the Oklahoma Mesonet wanted to determine how well the previous soil temperature measurements from the BetaTHERM sensors compared to the initial temperature readings from the 229-L. 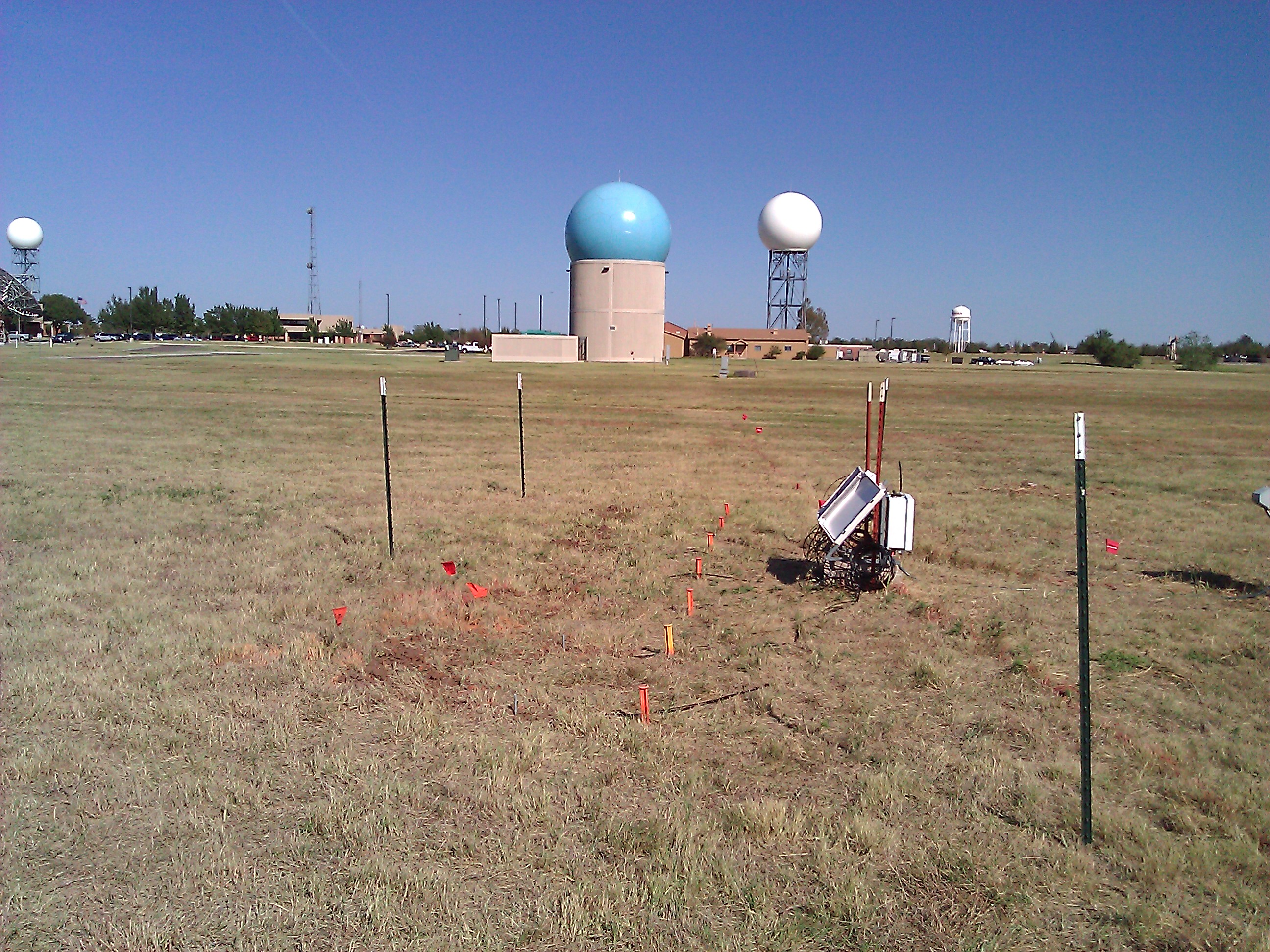 One of the experiments involved installing 21 soil temperature sensors next to the Norman Mesonet site to understand the variability of soil temperature across a small area the size of a Mesonet station’s footprint. Another experiment directly compare BetaTHERM and 229-L temperature measurements  to see how strongly there were correlated and further determined if this correlation was stronger or weaker depending upon soil moisture levels, soil type, or location of the station. A third experiment determined that by changing how the sensors are connected to the datalogger would result in a large improvement in measurement accuracy.

Through the series of experiments, researchers at the Oklahoma Mesonet were able to determine that the Campbell Scientific 229-L sensor that was already being used to measure soil moisture could be used to also measure soil temperature across the state. As a result, on December 1, 2013, all soil temperature measurements from the Oklahoma Mesonet will utilize this sensor.

Winter weather can cause a loss of wind measurements through the accumulation of ice on the sensors. Researchers at the Oklahoma Mesonet are testing a newer version of the wind monitor designed to prevent the accumulation of ice as well as a super hygrophobic chemical that can be applied to existing wind sensors to shed the water before it has time to freeze. 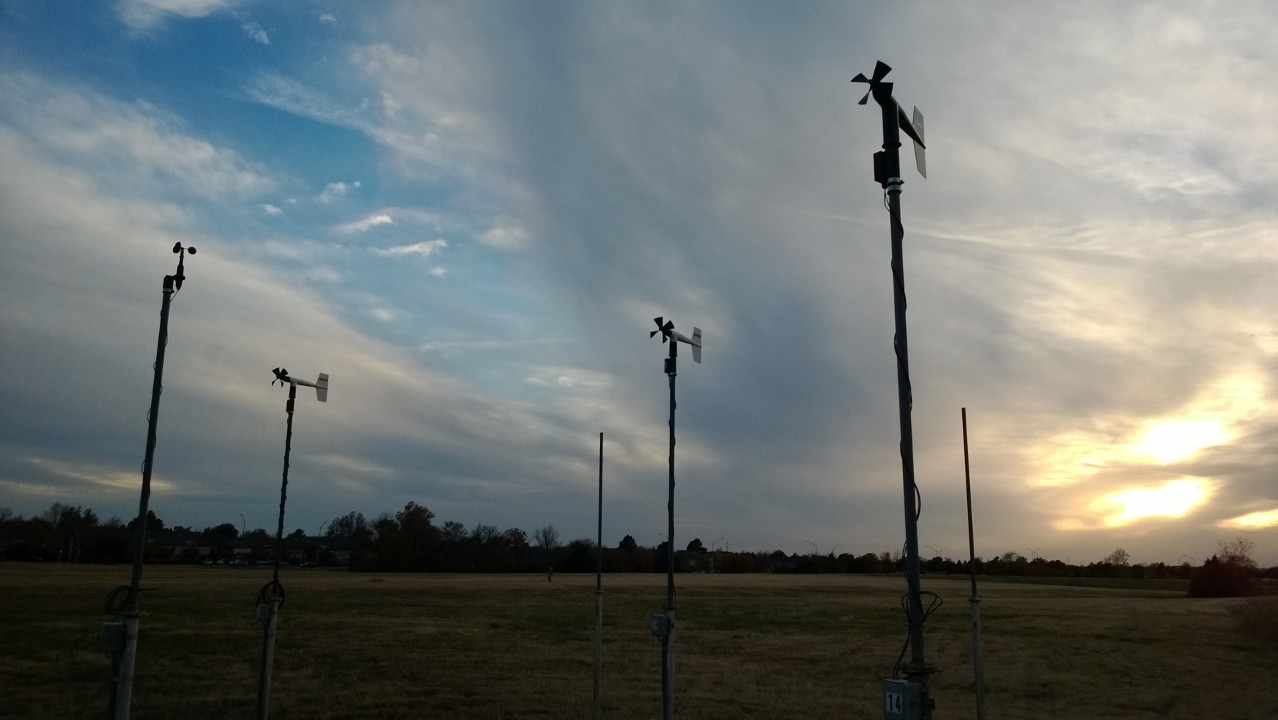